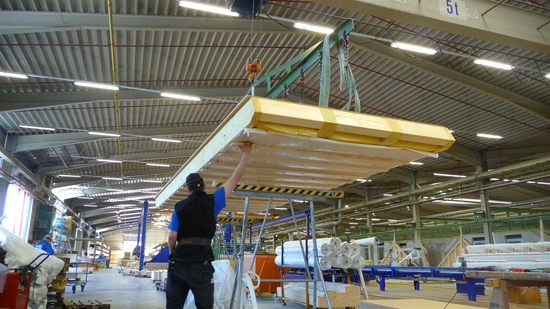 How Bespoke Can a Factory-Built Passivhaus Be?

Building houses in factories is nothing new in mainland Europe yet in the UK the practice is still uncommon. Perhaps there is a stigma attached to what we envisage a factory build to be, but what is the reality of commissioning a custom built energy-efficient home? In this case study Tony Hills shares his experience of using Hanse Haus.

After being inspired by an episode of Grand Designs that featured a system-built house, Tony and Jean Hills knew that they wanted to go down this route and so started researching turnkey solutions. 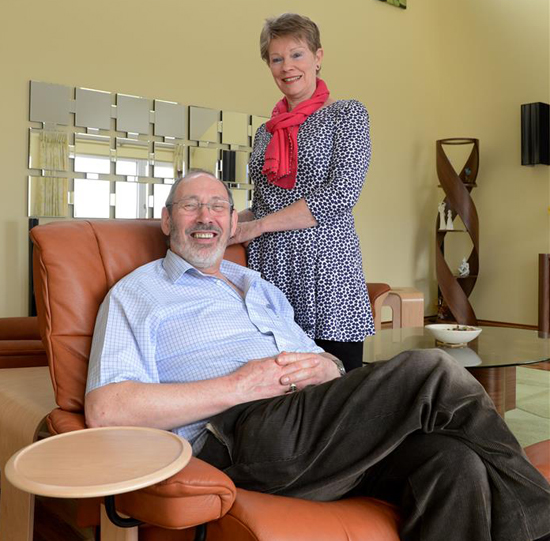 For Tony, a biology teacher from Sheffield, energy efficiency was a priority: “What terrifies us is the running costs, the heating costs of your future home because the one thing that will not go up at the same speed as heating costs is pensions and we did not want to be in a position where we had a fabulous building but we're having to choose between eating or heating.”

From the outset they wanted to go for the best that they could afford and deemed this to be a Passivhaus. Certification was also important as Tony explains: “If we move out of our home and sell it on we have a certificate that proves to anyone the thing they can't see. They can't see the insulation. They can't see the airtightness.”

A Passivhaus also uses mechanical ventilation with heat recovery to extract stale air from the house and bring in fresh air, without losing the heat. This leads to a much more stable environment and higher levels of comfort.

Tony attended numerous exhibitions to weigh up the options and eventually chose German firm Hanse Haus for the build because of their reputation, transparency and belief in their products. Hanse Haus' Sales Director for UK & Ireland Bruno Kleinheinz is a scientist and engineer rather than a traditional salesman, and Tony respected this approach of just providing information and answering questions, in the knowledge that their houses will sell themselves. And it worked!

Founded in 1929, Hanse Haus have now built over 30,000 houses and although the architecture and style of their houses vary, each house has a focus on energy efficiency and comfort.

Tony and Jean bought a plot in Inverness as they were looking to relocate anyway to be closer to their son. This serviced plot formed part of 24 self-build homes, every one of which was unique. The design brief from the council had quite a few restrictions and specified aspects like the colour of the render, the need to have corner stones, grey tiles, black PVC downpipes, and so on. It was also facing north, which was not ideal for solar gains. However, it had a glorious view and so they knew this was the spot. 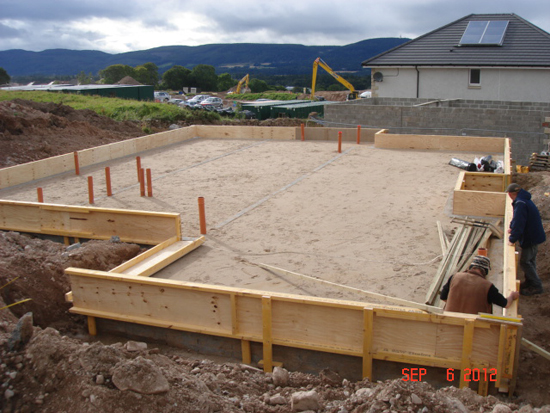 It might seem counterintuitive that you will get a bespoke home when it is factory-built but that is exactly what happens. The process still involves a local architect for the design work, much as would happen on any project. The only difference being that it makes a lot more sense for the architect to know how Hanse Haus' pre-manufactured system works. This means they can optimise their designs and it becomes less expensive for the client. For example, using the standard-sized windows instead of making them 1cm bigger would make it cheaper in production. However, if you're willing to pay for it you can have what you want!

For this project, Tony and Jean used an architect that Christian Wittke from Hanse Haus had worked with previously and who understood the system. The final design was a bungalow with a split level roof. It would have a low metal sloping roof on the south side, allowing for a row of windows above it to bring solar gains into the north facing rooms.

Tony even took a trip out to the factory in Germany to see where his house was going to be built. As you might expect the whole process runs like clockwork: “Trucks bring it across with all the outside windows in, doors, ducting, cabling, water pipes already in, sockets pre-drilled in position. The computer even tells them which order to load everything onto which truck. As the first truck arrives, it's got the right bits in the right order.”

The structure was weather proof in two days and then all the work was completed within 12 weeks! 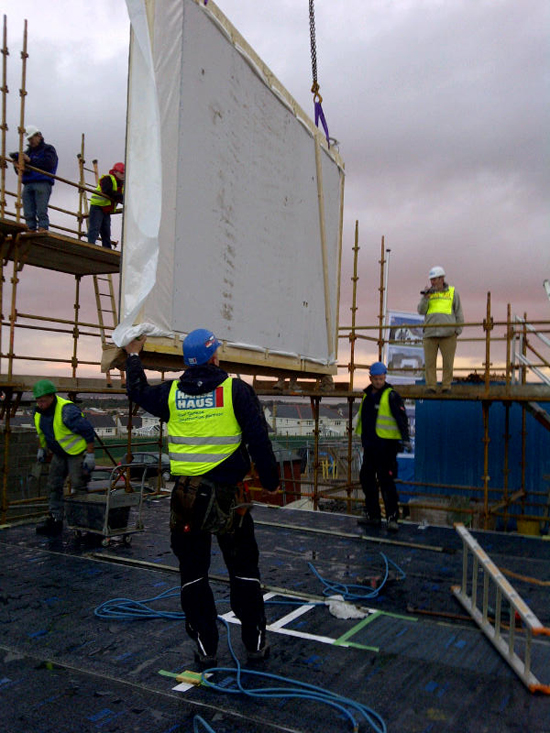 Tony says: “The whole thing was planned so well. Everything is delivered at the right time. It's as stress-free as you can get a build.” 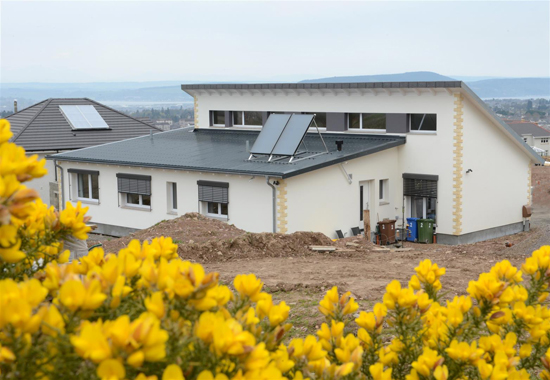 Tony and Jean moved in at the beginning of 2013 and are estimating that their heating bill for the year will be £140.

It seems that their custom build experience was a very positive one.

They even have a positive planning story – we don't hear these too often so let's enjoy it!

“The planning department in Inverness was so keen when they heard someone wanted to build a Passivhaus in Inverness they got us through planning in an almost record-breaking time. They gave us the warrants very quickly. Our building did not fit their design brief, because there were good reasons why things have to be different, and they accepted that without any problem at all.”