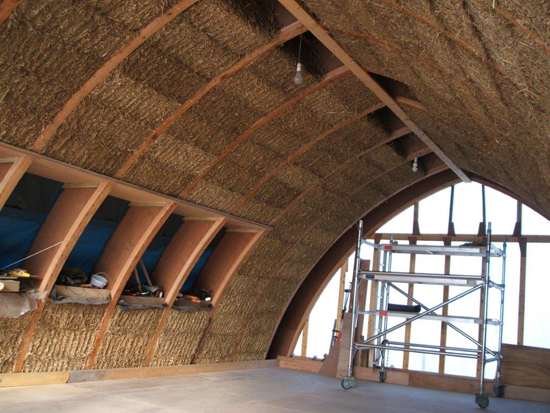 Designing and Self Building an Affordable Straw Bale House

We often hear that house affordability is what's stopping first time buyers from getting onto the property ladder. However could self build deliver more affordable solutions? This case study illustrates that there are savings to be made, although there will also be challenges to overcome.

In fact when Brian Waite was looking to build a house [in the UK] for his retirement it was the plot of land that was so difficult to find: “Plots seem to be cheaper when they've got a house on them, which is a crazy situation! So we bought a plot with a house on it, but the house was just that little bit too good to knock down.”

The house that they bought came with planning permission for an extension where the garage was and then a new garage could be built the other side of the driveway. Brian thought it would be a simple matter to have a smaller extension and a slighter bigger garage (i.e. the straw bale house) but the planners didn't agree.

So their new house is actually not their house but Brian's office and a smaller scale version of his prototype. It was after converting his former home, a medieval barn in Kent, that Brian had the idea for it. 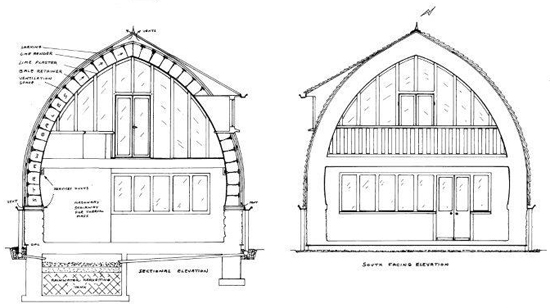 He liked straw as a material because it was a low cost, sustainable option that would allow him to reach the high levels of insulation he desired (without having to use a synthetic material with a high embodied energy). Brian couldn't understand why it wasn't used more often.

After looking at other straw bale houses and not liking them, he decided to design his own!

This may not be a path for everyone but Brian was a structural engineer and this clearly gave him an advantage when it came to working out what he wanted to do: “I just couldn't stomach load-bearing straw bales because logic tells you that in time they will lose some of their integrity and settle. That means that the roof loads in a normal straw bale house would be transferred straight onto the plaster and render.”

He was keen to keep the design simple and used a bowed timber A-frame, like a medieval cruck. 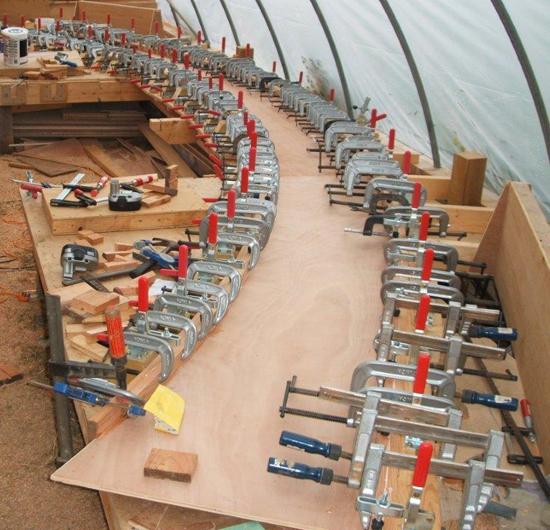 These single beams can be varied in length and height as required but the whole interior is free of structural restrictions.

Brian reflects on the simplicity of the build by saying that the most expensive piece of equipment on site was a cement mixer. There was no call for a crane either – a £20 hand winch did the job!

“I was 68, 69 when I built it and I did it entirely on my own, except for the lime plastering. If I can do it, definitely a younger person can.” 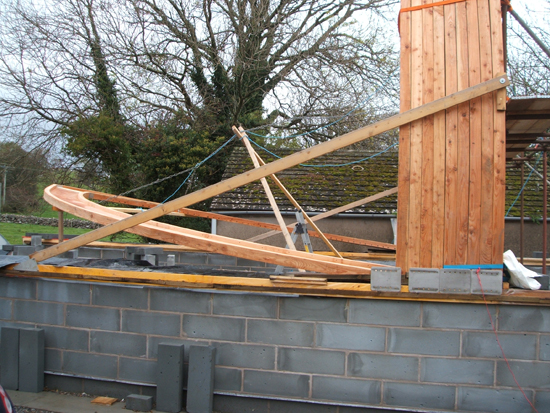 Brian also devised a system to air the bales and keep moisture content under control. Normally a large eaves overhang would provide the necessary weather protection but he had relocated to Cumbria where the rain is often horizontal!

“I don't know what size of eaves I would need to protect the walls but in my case the tiles cover every bale so there's no worry about weather protection on an exposed site, but I also exploit a chimney effect. Because the tiles come down to within a metre of the ground, the air entry is behind the gutter at that level and the exit is about 7m up, so you've got a very strong chimney effect that I've used to draw air over the exterior of the bales (underneath the tiles and over the exterior of the bales) to wick out any moisture.”

The bales are rendered with lime on both sides.

The bales don't have to be laid like bricks as they just slot in. Out of 380 bales used Brian only needed to adjust the length of two or three. He also had to work his way around the Cumbrian weather when it came to putting them in. Although originally intended to go in from the outside, he had to devise a way of doing it from inside, which actually worked better in the end. 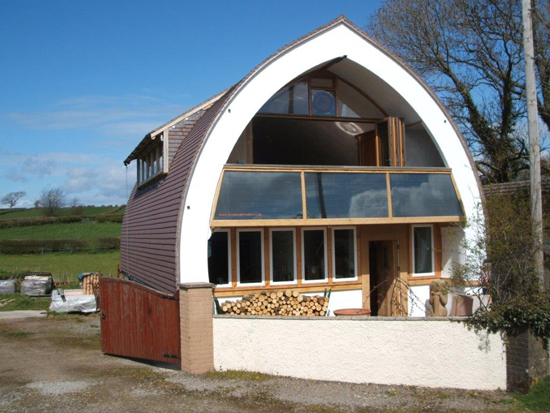 The cost of this kit would be somewhere around £30,000 (US$50,000) and Brian has registered the design and has patents pending on some elements of it.

He reckons this could be an affordable solution for first-time buyers, although the land would then become the most significant cost. Find out more about Brian Waite via his website.