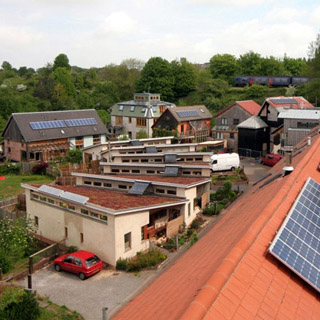 Could 'The Future of Housing' be Homes Built to Passivhaus Standard?

In December 2014 we launched our first ever documentary ‘The Future of Housing – And How Airtightness Can Help'.

I felt the subject matter was important because while insulation may register with most people as being essential for thermal efficiency, airtightness is still the mysterious cousin. So I wanted to produce a short and accessible programme that would help any homeowner understand how the two are linked.

To my delight the idea of the film, crowd-funded on Kickstarter, was well received – the core support coming from the great and good of green building. Thank you again!

Watch the Finished Documentary for Free

If you find it useful I encourage you to share it with others – that's what it's there for!

Already there have been screenings in London, Glasgow, Sydney, Melbourne and Auckland. 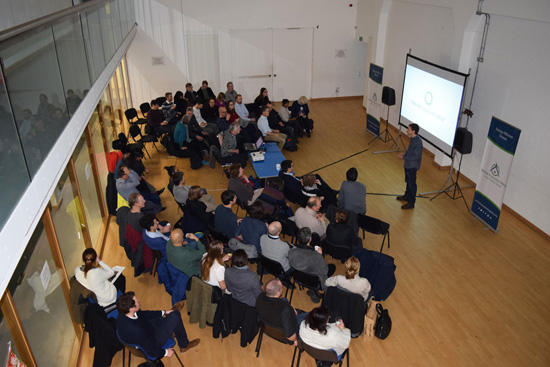 What's the Documentary About?

It's really about choices. We have to decide where and how we live.

In my case, having recently started a family, my house feels cramped and we are naturally at a point where we're thinking about our next home.

I actually enjoy living in a small terraced house and there are many benefits that come with a modest home right in the heart of town. So what I want to avoid, at all costs, is moving to a bigger house and then struggling to heat and maintain it.

This documentary is an exploration of the options available to me if I want a healthy, good quality home which will also be reducing my carbon emissions. 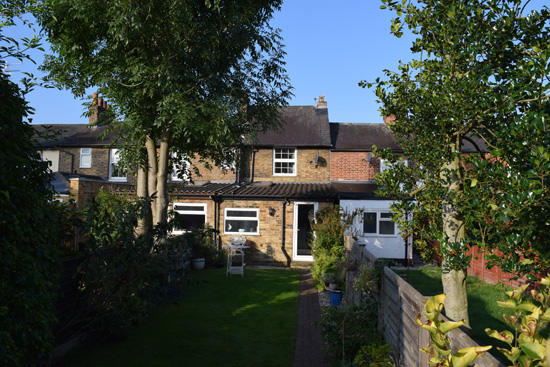 I start by meeting an estate agent. This is what most people do if they're looking for a new house. Unfortunately energy efficiency is not a market driver. It seems that it is primarily about location, followed by the price of the property and then the availability.

What's interesting is that most people questioned on the street still thought energy efficiency was important.

What Do We Mean by Energy Efficiency?

In the UK, over 50% of the energy used in our homes is for heating. And we quickly discover that it doesn't have to be this way. Mike Coe and Lizzie Stoodley live in The Autonomous House. Last year their heating bill was £2.50!

Their home has just been built properly with attention to detail. It has high thermal mass, south facing glazing, super insulation, mechanical ventilation with heat recovery and the house is airtight (in fact it meets all of the Passivhaus standard criteria). 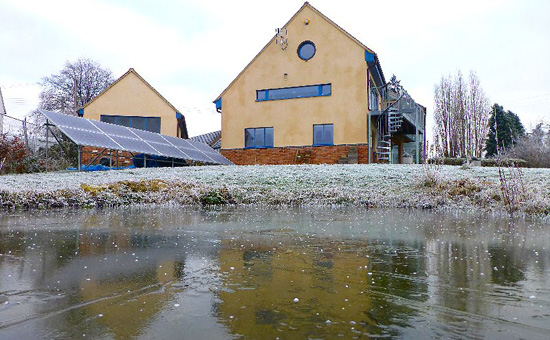 The Autonomous House has no active heating system

We then introduce Paul Jennings from Aldas who's the UK's most experienced airtightness tester. He goes around blowing air into or out of houses, to find out where and how much they leak. Building airtight is critical to energy efficiency as air leaks equal heat leaks. But airtightness is also an excellent guide to overall build quality as it's difficult to ‘cheat' to obtain a good result.

Paul tests two houses: one built in the 1950s and a more recent developer house constructed in 2006. Bizarrely it's the modern developer house that has the worse result! Its owner, Julia Bennett, cannot afford to keep it warm in the winter, and recognises that there’s no point even trying. So they live in one room – shut the door and have to wrap themselves up in blankets, while the rest of the house freezes. This is all despite it meeting the UK Building Regulations, which begs the question of whether they are fit for purpose.

The result, the number, is an air permeability of 9.1 so that essentially means that if you had a 20mph wind, after about six and a half minutes your hot air is gone. 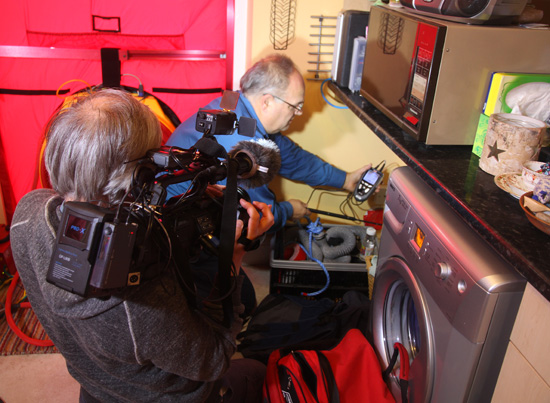 We Need to Retrofit Our Homes

While both of our example houses perform poorly in terms of airtightness they can be improved. Paul calls in ‘The Gunge Brothers' (AKA Chris Dawson and Liam Schofield from DSAI) to seal up some of the gaps and cracks in our 1950s property. The remedial work sees the air permeability drop from 8.2 to 6.3, around 25% better.

It's important to note that there are many other factors, such as ventilation, to consider when sealing up. 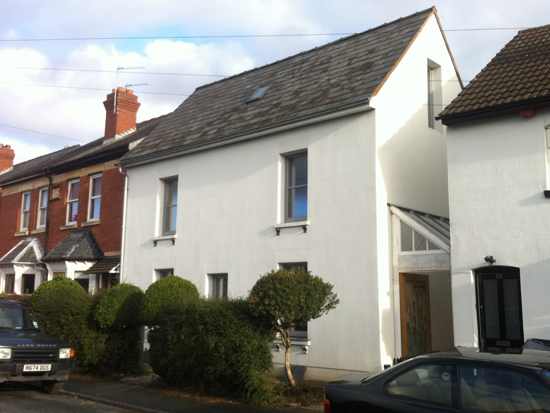 Grove Cottage was retrofitted to the EnerPHit Standard

New Homes are Not Necessarily of High Quality

The programme broadens out to look at how most houses are built in the UK – uniquely in Europe the industry is dominated by a small number of very large developers. They snap up almost all of the available building land, making self build very difficult.

Ted Stevens, former Chair of NACSBA, sums it well: “We build in the UK the smallest houses in Europe and the most expensive houses in Europe. The average volume house builder is making a 20% profit margin every year. Brilliant, brilliant commercial success from their perspective and their shareholders point of view, but they won't build to a higher spec unless they have to, unless they're forced to.”

We show that part of the problem comes down to the house-buying public – they need to be educated to consider energy efficiency when looking at a property purchase. 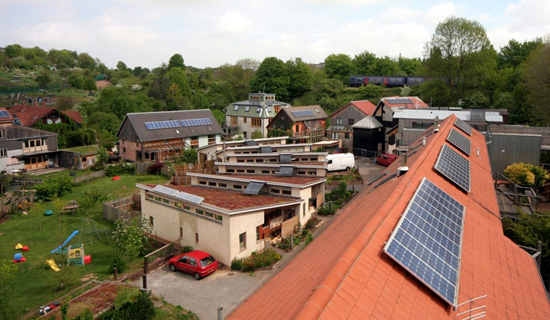 Self Build has Numerous Benefits

If large scale developers cannot be relied upon to deliver high quality housing then taking it into our own hands is a logical step.

We feature Ashley Vale, a group self build project in Bristol, which has created a vibrant and diverse community. Interestingly, when this project got underway in 2000, the focus was on making this development as sustainable as possible yet airtightness was not on the agenda.

We weren't thinking about taping every seam and taping every joint around every time a pipe goes into the wall making sure that it's completely sealed. And in hindsight I would want to do that now.

A combination of homeowners demanding higher standards and the Government driving up building regulations is what we need going forwards.

The availability and affordability of land remains an issue in the UK.

In terms of my build, I want my house to be future-proof and to me that means building to Passivhaus standard. It delivers genuinely comfortable, low emissions buildings where the running costs are minimal.

It seems crystal clear to me that I need to reach the Passivhaus standard with my new house.

The documentary includes interviews from academics and professionals to back up the information, and concludes with my search for a suitable site to self-build.

Go behind the scenes of the documentary. Listen to our interview with Paul Jennings.

Reviews of the Documentary