Can You Retrofit Cohousing into an Existing Neighbourhood?

Would you like a stronger sense of community where you live?

How could you embrace the cohousing model and retrofit an existing neighbourhood?

This article is a case study of N Street Cohousing in Davis, California, where they did exactly this. Kevin Wolf, the co-founder shares some of the lessons they have learned.

N Street Cohousing Came Together Over a Number of Years

Initially Kevin Wolf lived in a co-op house. As such he would share dinners with the other housemates, share chores and do all the things that a family would do (as opposed to five separate people all living separate lives). They had clear rules of how they wanted to live together and Kevin says that it worked really well. After 4 or 5 years Kevin got married, and he and his wife decided to buy the property next door!

At that point they tore down the fences and two houses ended up being better than one. Soon one of the other neighbours wanted to join in and so the community grew. This type of growth continued for the next 15 years!

N Street Cohousing currently consists of about 21 houses on the block. 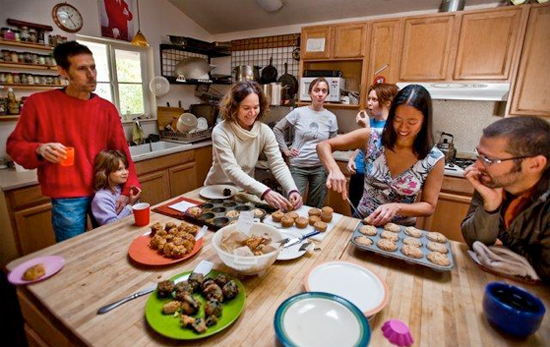 Houses Were Acquired on a Win Win Basis

The growth of N Street Cohousing was very natural but there was a certain amount of planning. They made it clear to neighbouring homeowners in the area that should they want to sell their houses, someone from N Street Cohousing would be interested in buying. Not only would this cut out a lot of the work around selling a house but it could also avoid engaging the services of a real estate agent and thus the savings from not having the 6% commission would be split between both parties.

Other Houses Were Leased

N Street Cohousing was in a neighbourhood where lots of absentee landlords owned properties. So where possible they also took over leases of neighbouring houses.

Absentee landlords were quick to figure out that they made very good tenants, who looked after the properties. As the cohousing community had the skills they eventually ended up managing a number of these houses, benefitting both landlords and tenants.

One interesting aspect of N Street Cohousing is that there's a flow between houses! Kevin Wolf explains: “Most people come into the community because people are renting rooms in their houses and they come into that house, but it ends up being that they have a partner, and then with the partner they end up having kids and then they want to move into their own house or buy their own house.”

For example, someone who has been part of N Street Cohousing for 10 years might have lived in three or four different houses.

So it provides an opportunity for those on lower incomes to be part of the community and gradually work their way towards renting or buying a house (as required). 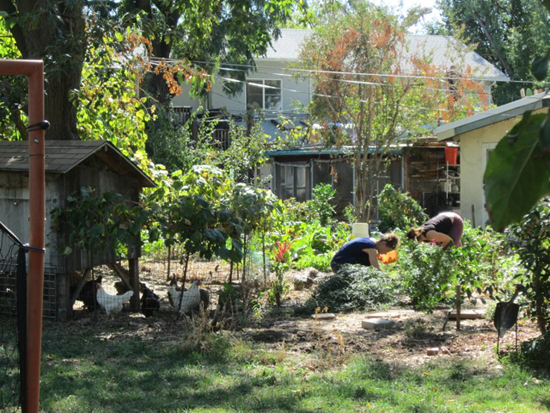 You Can Retrofit a Cohousing Community Almost Anywhere But . . .

While a cohousing community could be retrofitted anywhere there are some factors that will make it work better. The right area ideally includes:

1. Houses where the kitchens or living rooms face the back yard

This goes back to standard cohousing design because people are more likely to interact in these rooms if they see other neighbours walking by. Having bedrooms at the back of the house would not be so good. So if you can have this element of design, whereby the key rooms such as the kitchen back onto a common space then this is preferable.

A lack of good schools nearby will deter people with families from moving in. They always want the best for their children and while they may be prepared to take poor housing, education is very important to them.

Choosing somewhere that is rundown and has lower income rental houses has benefits. In a high income area, people do not move very often and there are also fewer rental opportunities. A lower income area where there are more properties to rent means that the community can grow more quickly. Plus the houses can be fixed up and improved over time (getting the landlord on board). This also allows you to bring in people who are more idealistic but don’t have the money for expensive houses.

While renters may not live there very long, Kevin says they often make wonderful community members. Many graduate students from UC Davis have been part of N Street Cohousing.

The Common House Must Serve the Needs of the Growing Community

The common house is again a key component of cohousing design but, as with the rest of the community, it can grow at the same time. At N Street initially they ate round at each others' houses, before taking over a garage for a couple of years and then finally adapting a larger house to suit their needs. 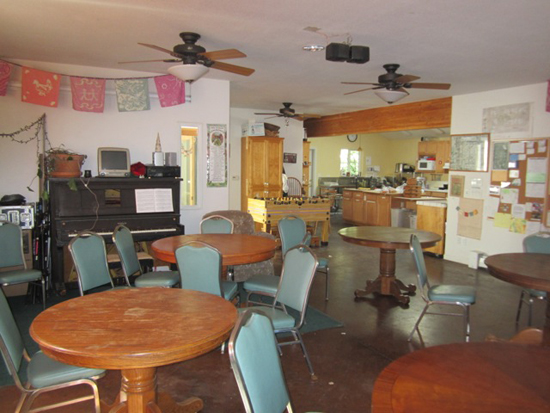 Houses do Not Have to be Contiguous

The term ‘retrofit cohousing' may not be a broad enough description of what is going on as it perhaps implies that all houses eventually need to be side by side. However, this does not always have to be the case and certainly won't be that way while the community is growing. So the houses can be spread out across the street or even a block or two away.

Kevin says: “It can be a long time before you take over a block. It can be 10 to 20 years before you have all the houses on the block all together so in the meantime you might have houses that are non contiguous or they may be in the neighbourhood but they eventually maybe have one common house, that they have the shared tools in, they have shared meals in, they have their guest bedrooms in but it doesn’t have to be contiguous to everybody else’s house in the neighbourhood so it broadens the vision of what we’re really talking about.”

Retrofitting Cohousing has Advantages over a Built Cohousing Community

Creating a built cohousing community where land is developed or where an old building is bought and retrofitted from scratch can be costly and difficult. Not only is it a time-consuming, multi-year process but in many desirable locations finding land is difficult and expensive.

So retrofitting a community can be less stressful and can just be about seizing the opportunities as they arise.

You Can't Please Everyone

While it might seem like a cohousing community arrives one day and begins to take over an area, the reality is that there may be an influx of people who want to make that area better!

Kevin says how they were quick to become part of the Neighbourhood Association and help out in a variety of ways.

However, there will always be people who don't want to get involved as Kevin explains: “In our community we have a neighbour who has lived there since the houses were built in the 1950s. She’s in her late 70s, 80s. She thinks we’re a bunch of hippies! She doesn’t want to take her fence down but we’re good neighbours to her. We talk to her. We’re one of the people that she talks to the most in the neighbourhood.” 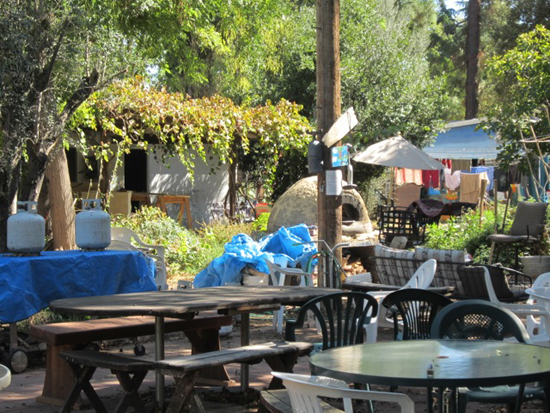 We must say a big thank you to our friends at the UK Cohousing Network. Kevin was recently speaking at one of their events and caught up with us afterwards.